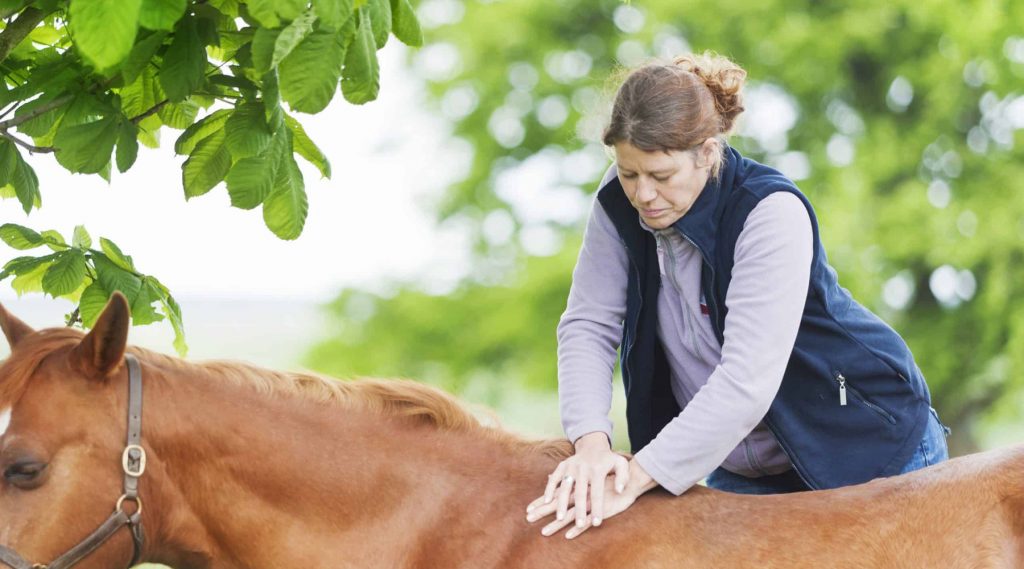 Holistic modalities and therapies are growing and expanding every day. How do you, as an animal owner or PEMF Professional, choose the best route for your or your client’s animals? PEMF can be used in conjunction with other wellness modalities and as a complement to veterinary led treatment plans.[11] One of the most common is chiropractic work.

Chiropractic work has been around since Hippocrates in 400 B.C. It was also commonly referenced in Buddhist works throughout history, but it did not become common practice until the late 1800s when Daniel David Palmer started the founding school of Chiropractics.

“Chiropractic is a form of manual therapy that uses controlled forces applied to specific joints or anatomic areas to cause a healing response. This response is due to changes in joint structures, muscle function, and neurologic reflexes. The principle common to all chiropractic theories is that joint malfunction affects the normal neurological balance found in healthy individuals.” (Haussler)

Differences between Chiropractic and PEMF

Both Chiropractic work and PEMF fall under the holistic or natural category in the wellness industry, so it is logical that they are complementary modalities.[11] It’s important to understand the differences and similarities to truly see where they can support one another.

One of the biggest differences is what part of the body they focus on. Chiropractors focus on the structural supports of the body, largely the spine. This also helps support ligaments and tendons. PEMF works instead at the cellular level and can be applied to all areas of the body. During a PEMF session, we often see fasciculation in the soft tissue while the animal releases on its own.

PEMF does not have the capability of manipulating bone structure. The manual manipulation done in a chiropractic treatment requires a specific amount of force from the person applying it. PEMF is applied by a human, but through a device that is emitting electromagnetic fields and has certain effects on the body such as increased circulation[7,8] and improved calcium and collagen production.[9,10]

PEMF as a Complementary Modality

Both PEMF and chiropractic care are holistic methods of supporting the body naturally. Chiropractic work has been shown to help improve the range of motion in animals as PEMF may decrease inflammation in the body to support the extension of muscle fibers for an unaltered stride.[7,8]

Chiropractic adjustments may take multiple treatments in close proximity to each other due to the fact that the animal’s muscles have formed and grown accustomed to how the body moves while it is misaligned. This muscle memory can cause an adjustment to diminish much faster, and it can take time for an animal to have longevity between treatments. PEMF is a relaxing and restorative modality.[4,5] Helping the animal to relax before or after chiropractic adjustments may in fact help to extend the lifespan of that adjustment.

Which should come first?

This is a very common question we receive from owners, chiropractors, and PEMF Professionals alike. Ultimately, the decision should come down to the chiropractor’s preference.

Luckily, no time buffer is needed between PEMF and a chiropractic adjustment. They can be completed one right after the other, in the order preferred by the chiropractor.

Chiropractic and PEMF are both established holistic modalities that help support the overall function of the body. Pairing these two complementary modalities in a veterinary-led treatment plan may benefit the animal’s overall wellness and even support performance goals. Talk with the other parties involved with the animal’s wellness plan to set the best course of action for the situation since both modalities have their benefits. When in doubt, consult a licensed veterinarian.

[1,7,8,9,10,11]To learn more about the citations referenced here, visit info.pulseequine.com/research.

Products featured on this website have not been evaluated by the FDA and are not intended for use as medical devices. Neither PEMF systems nor PEMF accessories diagnose, treat or cure any diseases, illnesses, medical conditions, or injuries. If you are experiencing symptoms of any medical condition, you should seek the advice of your licensed healthcare provider immediately.